Ethiopia’s public diplomacy team needs improvement, to put it politely. In its law enforcement action against top Tigrayan People’s Liberation Front (TPLF) leaders, it didn’t show the local population how that leadership had enriched itself while Tigrayans went hungry. By not matching the rebel investment in Western public relations, the government failed to persuade world opinion of the moral necessity to arrest the TPLF’s leaders. The government’s disproven denial that Eritrean troops were in Tigray was a tremendous and unnecessary blow to its credibility from which it will be difficult to recover.

While it took political courage to admit the current tactics weren’t working and avoid a Vietnam-type  quagmire, the inconsistent reasons given for the government’s retreat two weeks ago–and delaying the bad news until after the election–made matters worse. Even discounting Tigrayan fabrications and propaganda, reports of human rights abuses by Ethiopian and, especially, Eritrean forces and of impending Tigrayan famine combined to make another media disaster.

In fact, for a Nobel Peace Prize laureate to confront one of the world’s most cruel and corrupt political cliques and have the clique emerge looking like the good guys will probably rank as one of the worst cases of messaging mismanagement ever.

Yet Abiy got the most important thing right—understanding that the TPLF’s leadership is an existential threat to his nation.

It’s still unclear whether his recent retreat marks an abandonment of his strategic objective. No doubt he and his military leaders are rethinking their plans.

The United States and Europe, powerful friends who seek a stable Ethiopia and Horn of Africa, should reconsider their Ethiopian policy too. Ascribing moral equivalence to both sides, that policy calls for a ceasefire, accountability for war crimes, and free access for humanitarian workers and media.

That policy, however, won’t work because it also contemplates the TPLF’s senior leadership remaining in place. An examination of how the TPLF treated Ethiopians when it held national power and its probable future designs reveals why that’s unrealistic.

The TPLF began its dictatorship thirty years ago by exacerbating tensions between Ethiopia’s larger tribes in a divide-and-conquer strategy. Directly, or by inciting allied Oromo militias, the TPLF threw Amhara farmers, their families and priests off cliffs. They decapitated them, slit their throats, dismembered them, crucified them, cut off their breasts and genitalia, forced them to eat their own flesh, locked them in houses and burned them down, skinned them alive, chopped them up with axes or agricultural tools, and shot them with machine guns or rifles in places like Degu Medhanialem, Fedis, Borka, Bedeno, Arsi, Jimma, Harerge, Gura Fereda, Gondar and many more.

For the next twenty-seven years, the TPLF’s horrific brutality included massacres, torture, kidnappings, and unlawful imprisonment in concentration camps of tens of thousands of innocent Oromo, Amhara, Somali, and Konso victims including many children. TPLF leaders stole billions of dollars that, behind a smokescreen of rosy fabricated official data, denied millions of Ethiopians, including their own Tigrayan community, lifesaving aid and public services.

While an indifferent West looked on, the TPLF annexed land belonging to the Amhara—now misleadingly referred to in the West as “Western Tigray”–and trucked in Tigrayan settlers to replace the Amhara.

The end of the TPLF’s reign of terror was bookended with the discovery that its Somali proxy militia had placed political prisoners in cages with wild animals.

After the TPLF’s 2018 overthrow following popular protests, it covertly continued to fan tensions among Ethiopia’s larger ethnic groups in the hope of exploiting the chaos to regain national power. The destabilization operation helped bring Ethiopia to the verge of a race war that would eclipse Rwanda’s.

The TPLF, which represents only 6% of the population, will resume that destabilization campaign if given the chance to do so. The lure of again controlling the national economy and its outsize opportunities for corruption is too great. Its control of the weapons it attempted to seize during its attack on the federal arsenal in Tigray would have made it even more difficult to contain.

While one might question the government’s military strategy, Abiy therefore had no choice but to go after the TPLF commanders to avoid an even worse catastrophe.

Western calls for war criminals to be held accountable also won’t work. The TPLF’s leaders, who began the cycle of war crimes by chopping hundreds of Amhara to death at Mai Kadra, will never voluntarily surrender themselves to justice.

The West helped the TPLF metastasize into the threat it is today by funding and downplaying TPLF oppression during the TPLF dictatorship. Now, as if that weren’t bad enough, obtuse Western pressure on Abiy, for the sake of “peace,” to abandon his responsibility to arrest the TPLF’s senior officials will allow a rogue TPLF–its capability enhanced with captured government weapons–to resume destroying the country.

It’s important to prosecute crimes against humanity from any quarter. And humanitarian relief is also important. But those concerns—with which Abiy was willing to cooperate—cannot justify the West’s refusal to take sides any more than Soviet atrocities against German civilians in World War II would have merited breaking up the anti-Nazi alliance. How would Americans or British feel if Ethiopia demanded they enter into a ceasefire and negotiations with Al Qaeda?

The international community’s failure to tilt decisively in Ethiopia’s favor and provide it with the material and moral support needed to decapitate the TPLF leadership was thus a naïve mistake that betrayed an ally, delayed resolution of the crisis, and has made matters worse.

Ethiopia will not have security as long as the TPLF continues to be led by international criminals. They are simply too dangerous to be left to their own, deadly devices.

The writer is the author of Money, Blood and Conscience, a historical thriller about Ethiopia during the TPLF dictatorship. 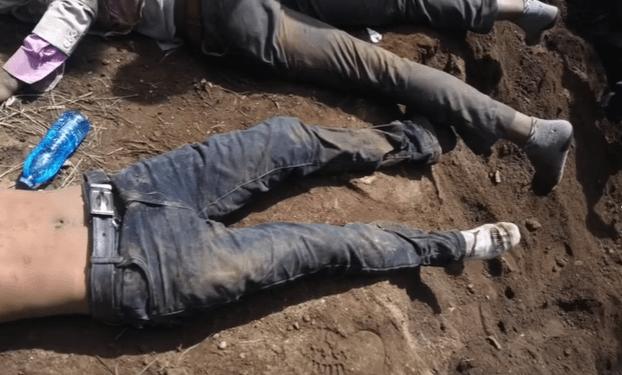