WHO diplomatic immunity no shield for international crimes as Ethiopian foreign minister.

THE HAGUE, DEC. 1, 2020, 5 PM GMT+1 – A criminal complaint filed today with the International Criminal Court prosecutor charges the director-general of the World Health Organization, Dr. Tedros Adhanom Ghebreyesus, with responsibility for genocide and crimes against humanity as a top Ethiopian official before leading the WHO.

The ICC complaint was submitted by David Steinman, an Ethiopia expert and author of a historical novel about Ethiopia’s human rights crisis, Money, Blood and Conscience, that accused Dr. Tedros of wrongdoing in a nonfiction afterword last year.

From 2012 to 2016, Dr. Tedros was Ethiopian foreign minister and a member of the Tigrayan People’s Liberation Front (TPLF) Executive Committee that controlled Ethiopia’s government until a 2018 democracy revolution. Human rights groups report that the Ethiopian government systematically engaged in widespread ethnic or politically based human rights violations during that period including murder, torture, kidnapping, enforced disappearances, unlawful imprisonment, and other inhumane acts.

The ICC complaint, which refers to firsthand witnesses and evidence, asserts that:

1. Dr. Tedros is individually responsible under the Rome Statute’s Article 25 for intentional acts that contributed to the death and injury of thousands of Ethiopians.

2. Dr. Tedros also is liable under the Rome Statute’s Article 28 (“Superior Liability”) for failing to take reasonable steps to prevent or punish an Ethiopian government policy of genocide and crimes against humanity by security forces, paramilitaries, and civil servants partially under his effective control.

3. Under the “Effects Doctrine,” the ICC has jurisdiction over nationals of non-member states like Ethiopia whose violations injure ICC state parties.

4. Dr. Tedros’ violations injured state parties to the Statute by increasing refugee flows, causing the waste or abuse of their foreign aid, injuring or traumatizing Ethiopian residents of state parties, causing the kidnapping of a British citizen, and subjecting member states to Covid-related harm that could have been avoided if he had not concealed his criminal past before his WHO election.

The diplomatic immunity normally accorded to senior officials of UN agencies does not shield them from ICC prosecution.

“Tedros was the smiling, public face of a criminal dictatorship. As its third highest official, he shares responsibility for the atrocities on his watch,” Mr. Steinman said.

The ICC prosecutor will evaluate the complaint and decide whether to investigate.Switzerland and the 122 other state parties to the Rome Statute are obligated under the treaty to arrest Dr. Tedros and hand him over to the ICC if an arrest warrant is issued.

The WHO declined to comment on Mr. Steinman’s accusations.

Last November, Dr. Tedros’ former TPLF colleagues, who withdrew after their 2018 ouster to lead the Tigray regional government, began a civil war with Ethiopia’s national government that had replaced them by allegedly attacking a federal military barracks.
###
Free Planet Publishing is the publisher of Money, Blood and Conscience. 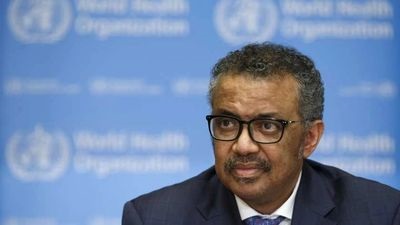 NEW YORK – February 19, 2020 – PRLog – A couple of sentences in the afterword of a novel about Ethiopia’s democracy revolution have added fresh charges to the debate over the qualifications of World Health Organization’s Director-General, Dr. Tedros Adhenom Gebreyesus.

The novel, titled Money, Blood and Conscience, tells the story of an American television producer’s love affair with an Ethiopian guerrilla during Ethiopia’s recently deposed dictatorship. In a nonfiction postscript, the author, David Steinman, charges the Director-General of the World Health Organization Dr. Tedros Adhanom, with shared responsibility for that dictatorship’s crimes against humanity.

Prior to his 2017 election to head the W.H.O., Tedros, who goes by his forename, was from 2012 to 2016 Ethiopia’s foreign minister and fourth highest official. Tedros also was one of eleven members of the all-powerful Tigrayan People’s Liberation Front, or TPLF, politburo which ruled the country in authoritarian style.

Serious human rights violations committed by the Ethiopian government in that period included mass murder, enforced disappearances, torture, and the harsh imprisonment of tens of thousands of political prisoners including children1.

Examples of abuses, cited by Amnesty International,2which occurred during Tedros’ government service include:

A teacher was stabbed in the eye with a bayonet during torture in detention because he refused to teach propaganda about the ruling party to his students.

A young girl had hot coals poured on her stomach while she was detained in a military camp because her father was suspected of supporting an opposition group.

A student was tied in contorted positions and suspended from the wall by one wrist because a business plan he prepared for a university competition was deemed to be underpinned by political motivations.

Past detainees from that era tell of beatings, electric shocks, mock execution, burning with heated metal or molten plastic and rape, including gang rape.

The Ethiopian government acknowledged last August that political prisoners were placed in cells with lions, hyenas and leopards while Tedros was a senior official.3

According to Mr. Steinman, Tedros’ diplomacy and role in the TPLF politburo were so closely connected with that administration’s actions that he could not have remained unaware of its inhumane practices. Tedros, for instance, personally arranged in 2014 to have opposition leader Andargachew Tsege kidnapped in Yemen and delivered to Ethiopia’s death row.4 His efforts to persuade donor nations to overlook Ethiopia’s poor human rights record5,6,7 and fund the TPLF perpetuated the regime’s cruelties.

The author’s note by Mr. Steinman asserts that accountability for TPLF atrocities should therefore include Tedros. “The World Health Organization, which aims to better the lives of the world’s poorest, should not be led by someone who has so much of their blood on his hands,” Steinman wrote.

The W.H.O. declined to comment when offered an opportunity to respond.8

Mr. Steinman is a Wharton trained economist who was an advocate and strategist for the revolution which toppled the TPLF in 2018. He also exposed the TPLF’s human rights offenses and theft of billions from famine victims in the Washington Post9,10 and Forbes.11

This is not the first time that Tedros’ leadership of the W.H.O. has stirred controversy. Some public health officials say that he tried to conceal cholera epidemics during an earlier stint as Ethiopia’s Minister of Health.12 His appointment of the Zimbabwean dictator Robert Mugabe to a W.H.O. goodwill ambassadorship set off a firestorm of criticism.13 Nearly 400,000 people have signed an online petition for Tedros to resign over allegedly improper handling of the coronavirus outbreak.14

Yet Mr. Steinman accuses Tedros, whose face became familiar to millions during the global coronavirus emergency, of graver transgressions than any previously aired in mainstream media.

For years, in homes, cafes and online, Ethiopians have expressed frustration that Tedros’ complicity in TPLF brutality was overlooked in the West.15Many welcome Mr. Steinman’s articulation of their anger.

“Steinman is an unwavering voice for the oppressed people of Ethiopia,” said Abebe Gellaw, a prominent Ethiopian journalist and TPLF critic.

The Tedros affair bears similarities to the 1986 discovery that former UN Secretary-General Kurt Waldheim had hidden his participation in Nazi war crimes during the Second World War.16That case raised concerns about UN employment vetting procedures believed to have been addressed since then.

Tedros resigned his Ethiopian governmental posts in 2016 to campaign for the W.H.O. director-generalship. A reformist Ethiopian prime minister, Abiy Ahmed, was awarded the 2019 Nobel Peace Prize. 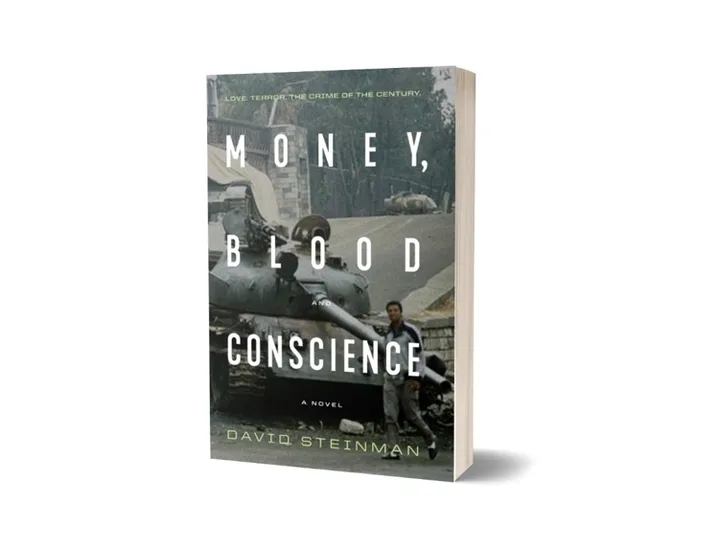 An afterword in the novel Money, Blood and Conscience accuses W.H.O. Director-General Tedros Adhamon of shared responsibility for crimes against humanity. 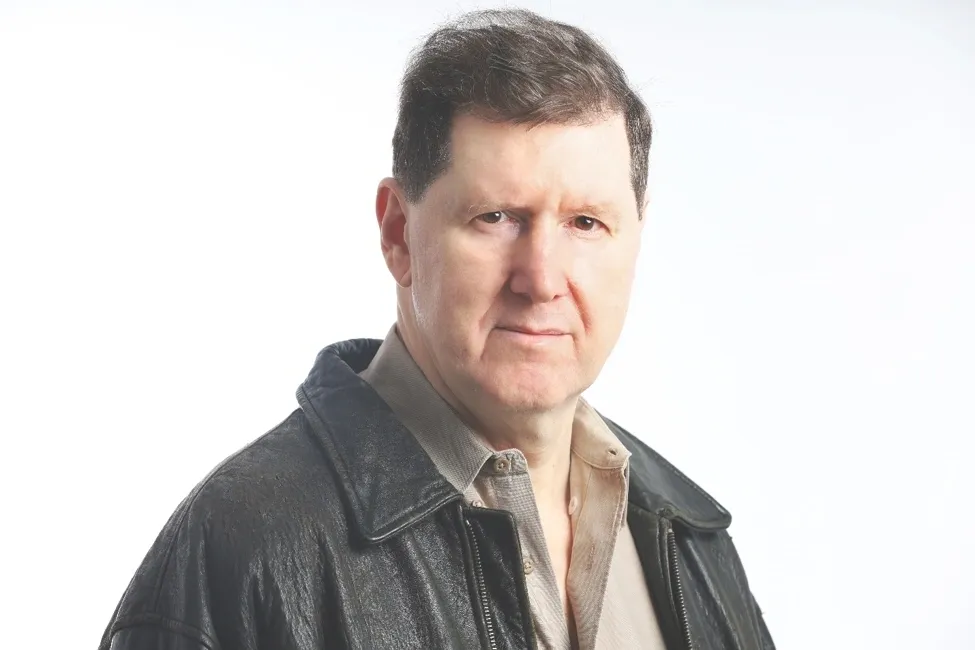